The New Urgency To Finding Unclaimed Money In New York 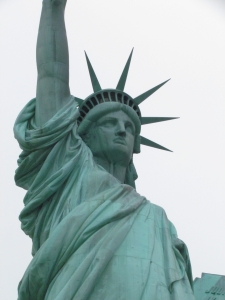 As New Yorkers everywhere are left scattered and still reeling after Hurricane Sandy battered the eastern seaboard last weekend, the urgency to find unclaimed money in New York is now greater than ever. Many New Yorkers are still without warmth and electricity, some without homes and many are left without the funds they need to feed, shelter and clothe their families. Right now unclaimed money might be the solution many New Yorkers are looking for.

Just imagine if in these New York residents dire time of need, most of them were placed with anywhere from a few hundred to several thousand dollars. I am sure it would help with being displaced, possibly even by putting a roof over some of these folks heads while right now they are currently spending they’re long days and nights in shelters. Even for the residents still residing in their homes, some still without power. I am sure they too could use any extra money they may have that is already owed to them on things like a generator, warm blankets and possibly even fire wood if they have the ability and place to actually light one.

Unclaimed money can come from a number of sources and situations stemming from both the obvious down to the not very common instances as well. You may find that you have a security or utility deposit that was never returned to you. Maybe even an old inheritance you never knew about or would have never even dreamed about. It could even come from the less obvious situations mentioned before like a court settlement you never claimed or money from a life insurance policy that was overpaid or even just a refund from you car insurance company from an old check you never received.

The fact is, there are millions of dollars in New York unclaimed money accounts and more money keeps coming in every single day. The state treasury department is searching for answers to the problem but so far none have presented itself. Each state is trying very hard to try and put a stop to this growing unclaimed money problem and some are finally getting close. This year alone several states have been able to place over a million dollars in unclaimed funds back into the hands of it’s rightful owners through efforts like hosting booths at state fairs, issuing out nationwide PSA’s about this growing unclaimed money problem as well as continuing to list ways to track down and claim these types of funds in their local papers. 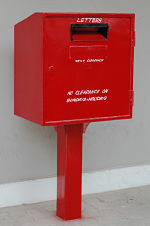 Due to recent storms in the area New York residents really need to focus on finding unclaimed money as a priority for during this trying time. The problem is with the amount of destruction and devastation, do New Yorker’s even have the time or ability right now to try and find it? Well with our help you don’t even have to contact the state treasury office directly. You merely have to enter your first and last name in the boxes on this website. Your name will be run through the databases of all fifty states and a few federal databases to determine if you have money available. Making this process super simple has been our goal which I am sure will really help out the New York state treasury office as I am sure they are already as busy as well as being quite difficult to reach.

If you find unclaimed money in New York, you can usually have a check mailed to you or in some cases you can have the money transferred directly into a bank account. Just think, by merely following the process for finding unclaimed money, you might just find the extra money you need to recover from Hurricane Sandy and any other storm that follows in her wake.