When you think of a person attempting to find unclaimed money in Florida, you probably have two images in mind. You might picture the seafarer who anchors off of Florida’s coast in order to search for Spanish treasure or you might picture the elderly gentleman with his long sleeve shirt and casual beach shorts as he waves his trusty metal detector up and down the beach. While these folks may be looking for a type of missing money, there is another type that adds up to at least a billion dollars and you won’t find it buried in the ocean or the sand.

Of course we’re talking about Florida unclaimed money, of which 8 in 10 people may be the rightful owners of. There is also a way easier way to look for and find these types of funds then spending a full day, week or month walking around a hot sandy beach looking for “buried treasure” which might not even exist. Well these missing funds in Florida do exist and you don’t need a treasure map or a metal detector to conduct this kind of search. Just you very own first and last name and your is not only well under way but also quickly completed. So maybe you should think about it. Are you the rightful owner of lost or missing money? There really is only one way to find out.

You really don’t need to dig around in the sand to find unclaimed money in Florida. You merely need an Internet connection and any kind of device to utilize it such as a lap top, tablet or even directly from your mobile phone. The fact is, right now the state of Florida is holding onto more than a billion dollars in lost or unclaimed money and the state’s Bureau of Unclaimed Property can not possibly contact the hundreds of thousands of people who are listed in the unclaimed money registry in Florida let alone nationwide.

That means that it is up to each and every single current and former residents of Florida to conduct their own search and finally find and claim their piece of this unclaimed money problem. A search that will only take but a few minutes and will actually benefit everyone involved.

You may be wondering where all of this money comes from. The fact is, there are dozens of sources of lost or missing money. A short list includes but is not limited to:

The amounts vary wildly, so much so that one person could find twenty dollars while another could find several thousand depending on the source. The names on the Florida unclaimed money registry originate from personal and business accounts alike, so residents are encouraged to search for both along with anything else you could possibly think of, when trying to find unclaimed money in Florida.

With over a billion dollars unaccounted for, it really is time to pull that treasury hunting ship into shore and throw down that metal detector. Finding unclaimed money in Florida really has become easier than ever. You really only have to do a search using your first and last name or any business names you might have owned and operated and see if you have any missing money in the great state of Florida that rightfully belongs to you.

Florida, like many states in the union, is facing a financial dilemma. Unlike other states, this financial debacle doesn’t have anything to do with student loans, budget cuts, banking scandals or anything of that nature. Instead, Florida is facing what has been called an unclaimed money problem. Unclaimed money is money left behind by normal, everyday citizens, yet the money will continue to sit there until the person comes forward. With so much Florida unclaimed money coming in year after year, it’s apparent that something needs to be done. The following tips are some ways that we can combat the unclaimed money problem in Florida. 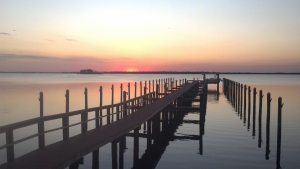 A few years ago it wasn’t very easy to find unclaimed money in Florida or in any other state. You had to go through a long drawn out process, and even then you couldn’t be sure that you had unclaimed money until you actually found some.

These days finding unclaimed money is much simpler. You only need a first and last name and the unclaimed money database will go to work. If you do have Florida unclaimed money, you’ll know in a matter of minutes. Then you merely have to go through the process of claiming that money, which is even simpler process once you know that the money exists. In some cases, you can even have the money wired straight into your bank account.

Now that we know how easy it is to find unclaimed money in Florida, we need to educate everyone we know. This can be done through: